What Happened to Consultants?

Home  Service  What Happened to Consultants?
“I’m Brian… and so’s my wife.” Terence Bayler (The Life of Brian, 1979) If there was a Top 10 Billboard Charts of the most maligned terms in business, “Consultant” would have to be up there as a contender for top spot. Advertising executive Carl Ally famously quipped: “A consultant is someone who borrows your watch to tell you the time, and then keeps the watch.” Once a term reserved for the upper echelons of medical expertise, it is now found in every industry at nearly every level. It’s demise has a familiar pattern we see today. In the technology industry especially, exciting new terms become band wagons that attract imposters that ride them for effect and hype curves track their rise and fall. But maybe there is something to be learned by the demise of the consultant. Actually, the word consultant has undergone a surprisingly interesting journey. Derived from the word consult, meaning “to seek advice”, it originally referred to a person who sought advice from oracles. Over time the meaning flipped to the person giving the advice and by 1878 it started to be used in reference to physicians: “a physician called in by the attending physician to give consultation in a case” (Etymology dictionary). 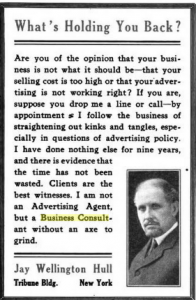 Shortly after, it emerged more generally as “one qualified to give professional advice” and was used for the first time in literature by the famous physician writer Arthur Conan Doyle in his 1893 famous detective thriller “The Memoirs of Sherlock Holmes”. On the turn of the century it emerged as a term used in business, first documented in an advertisement in the magazine ‘The Fra’ in 1910, where Jay Wellington exclaims “I am not an Advertising Agent, but a Business Consultant without an axe to grind.” Jay has long since been buried (with his hatchet), but many years past his departure it would seem that anyone and their dog, who knows anything about anything can call themselves a consultant. Obviously many have jumped on the consultant bandwagon and this is certainly one reason for it’s demise. However, another force is at play; the pull of advertising and the promise of sales has undoubtedly corrupted it’s meaning. We seek to make things seem better by upgrading them in name only; our Credit Cards turned Silver, Gold, Platinum then Black (and Black metal), our Elite Diamond Platinum Executive memberships, fill us with a temporary sense of achievement. This desire is no better summed up than in the immortal words of Nigel Tufnel, in his quest for deafening volume “..but this one goes to 11” 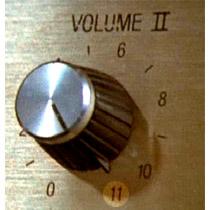 So who are the real consultant’s in business, today? Certainly it is not the ones that market their services, but most of us know one or two of them. They are the people in our business network we know and trust to get us out of a tight place, to save our lagging Quarter, late project or fix the slow network. The people we call when all else fails. In 25 years I have never hired a ‘consultant’ that has done this – but I have called a ‘friend’ or been referred to someone by someone else I trust (which has nearly always worked out well). So the future for the Consultant might not seem too bright but despite all this, I am actually optimistic about the term and here is why; Transparency. All our work is becoming more transparent to the world. With the global rise of the Micro Entrepreneur (the new updated and more relevant term for what we used to call a ‘Freelancer’) our visibility into work product and skill is reaching new levels. Platforms like Fiverr and UpWork provide an open marketplace, they give us visibility like we have never had before. Reviews, prior work and real time interaction make it easier to identify the real skilled from the average. It’s also more obvious what we are actually good at and what we have no experience in, making it harder to sell us for services we don’t have track record in. They may not call themselves consultants yet, but the Micro Entrepreneur’s axe is clear for us to see.